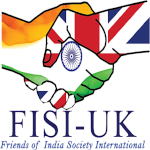 • Third leg of Bharat Parva – Brahmaputra to be launched soon

Please download by clicking on the link below for May Newsletter

Hindus in Bangladesh were mercilessly targeted during the auspicious occasion of Durga Puja that lasted for over a week. Over 300 temples across 30 districts in Bangladesh were deliberately attacked and damaged, nearly 1500 Hindu homes and businesses were looted and torched and Hindu women and young girls including a 10-year old were raped. There was widespread misinformation and hatred against Hindus on various social media platforms that aggravated these attacks.

In the wake of these ghastly atrocities against the Bangladeshi Hindus, many Hindus in the UK registered their outcry and dissent in large numbers and in many different ways. Spearheaded by UK based Hindu organisations like BHAS UK (Bengali Hindu Adarsha Sangha UK), ISKCON and other Hindu community organisations, protest rallies were held in the heart of London, Birmingham and Edinburgh to condemn the targeted barbaric acts of violence. Hundreds had gathered in front of Bangladesh High Commission in London, Bangladesh Embassy in Edinburgh and in front of the Bangladesh Assistant High Commission in Birmingham in separate protests to show their solidarity with the Bangladeshi Hindus. There was a strong urge within the community to help the unfortunate Hindu community in Bangladesh and let the world know of their plight as such incidents were becoming a common phenomenon in the country. As a result, the minority Hindu community in Bangladesh are compelled to flee the country. The Hindu population has declined from about 30% in 1947 to 8% in 2011. The Hindu communities during the protests demanded the Bangladesh government to punish the perpetrators, ensure protection and human rights of Hindus in the country and prevent such bigoted acts in future.

A letter was also sent by the community to the British Prime minister, Boris Johnson, to throw light on these horrific events and to express their concerns and resentment as the UK is the torch-bearer of defence of human rights on global platforms. They appealed to the Prime Minister to strongly condemn the violence and ensure that the Bangladesh government abides by its promise of upholding and protecting the lives and human rights of its minorities while discussing humanitarian aid and preferential trade agreements.

The Hindu organisations have vowed to continue their protest in various forms in the future. They will continue to support the families of the deceased and injured Bangladeshi Hindus. 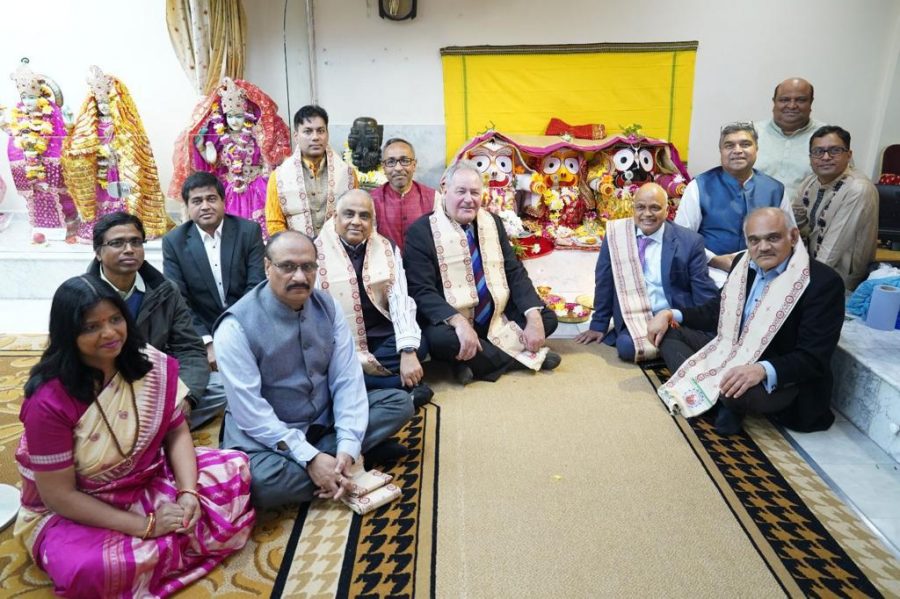 Shree Jagannatha Society in the UK in association with Shree Ram Mandir Southall recently established the divine idols of Lord Jagannatha, Lord Balabhadra, Devi Subhadra and the divine Sudarshana Chakra at Shree Ram Mandir Temple in King Street, Southall. Elaborate rituals were conducted under the guidance of eminent priests from Shri Mandir in Puri, Odisha, over a period of 3 days in the presence of scores of devotees from across the UK. The key ritual, Prana Pratistha (hallowed consecration), was performed on the 3rd November which is a spiritually uplifting ritual wherein the deities are roused from sleep and a sacrificial offering to fire is performed to imbue the idols with divine power before being formally installed in the temple sanctum sanctorum. The idols of the deities were carved from the trunk of a holy Neem Tree in the Indian state of Odisha and then carefully transported to the UK. The temple was adorned with devotional bhajans and chantings of Hari Bol and Jai Jagannatha by the ecstatic devotees during the 3-day function period.

Another function, Vigraha Sthapana, was organised on the 6th of November for the devotees from across the country to catch a glimpse of Lord Jagannatha and the Chaturdha Murtis. Many eminent personalities also attended the event. Shri Naveen Patnaik, Chief Minister of Odisha State, in a video message congratulated Shree Jagannatha Society UK for establishing another abode for Lord Jagannatha in London and for being the ambassadors of Odisha in the UK. He expressed his happiness and gratitude in their efforts in spreading the Jagannatha culture across UK and Europe and also for the generous support and relief materials provided by SJS UK to rural parts of Odisha during the 2nd wave of the Covid19 pandemic as well as planting 100,000 neem saplings across the state. Padmashri Bob Blackman, Member of Parliament, House of Commons, UK recalled the role of Temples in the Hindu community in furthering community spirit, tolerance and spirituality in society. He promised his support for the construction of a grand Lord Jagannatha Mandir in London. Deputy High Commissioner of India also expressed happiness on the arrival of Lord Jagannatha in London that will help spread India’s civilizational ethos of unconditional love, benevolence, non-violence and religious tolerance. Shri Lokanath Mishra, MD, ICICI Bank UK, in his personal capacity, promised his continued support for fulfilling the mission of constructing a grand Shree Jagannatha Mandir London.

The event is a commendable step taken by Shree Jagannatha Society UK to advance their objective of building a grand temple of Lord Shree Jagannatha Mahaprabhu in or around London. During the event, Dr. Prakash Dey, Secretary SJS UK, reiterated the Trust’s determination to complete the 1st Phase of temple construction by 2024 at a projected cost of 4 million pounds (GBP). He said that the land is currently being identified and the trust is conducting various fundraising activities for the fulfilment of their objective.

Shree Jagannatha Society, United Kingdom is a Charitable Incorporated Organisation registered with the Charity Commission England and Wales (Registration No. 1191544). All donations to SJS UK are tax exempt in the UK, and can be made via Direct Bank Transfer or PayPal. Further details are available on the website https://www.shreejagannatha.uk/ and via email to contact@jagannathtemple.org.uk.

Shree Ram Mandir, 22 King Street, Southall UB2 4DA is the oldest Hindu Temple in the UK established in 1965. Since its inception the prime focus of the trust is to create a peaceful environment for Devotees, work closely with the community and promote harmony among all faiths.